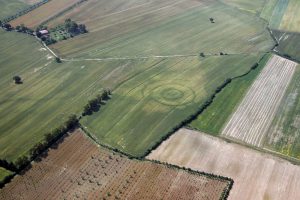 The archaeological site of Vetricella (Scarlino,GR) is located in the center of the coastal lowland crossed by the Pecora river, at the foot of the castle of Scarlino, an area that has been subject of intensive archaeological researches already for many decades. Specifically, the context of Vetricella has been discovered in 2005 by aerial archaeology survey, when was possible to recognize its exceptional triple concentric cropmark (Fig.1). The first archaeological investigations were carried out from 2007 to 2012, as initial exploration of this unusual lowland site, and they started again in 2016 with the new project “nEU-Med”. The last seasons of excavation has confirmed definitely the historical relevance of this site, proved by rich archaeological record and by material indicators of various economic and productive activities, datable at least from the 9th century (Fig.2-4-5-6). The new research was structured from the beginning with a strategy of maximum multidisciplinarity, motivated both from the variety of material finds (numismatic, ceramic and glassy finds, besides numerous archaeometallurgical, archaeozoological and archaeobotanic findings) and from the hold relationship that this site shows to have with the morphology of the surrounding lagoon landscape. 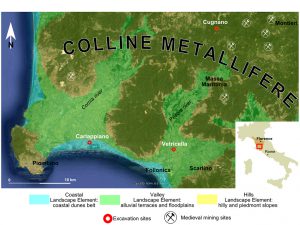 Exactly the understanding of the relationship between the natural landscape and the function of the site of Vetricella will be the focus of the future research, to reconstruct more detail the relationships of the site with the exploitation of the natural resources of this particular territorial context (junction point between the sea and the Colline Metallifere/Metal-beraing Hills) (Fig.3). 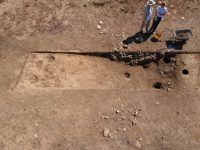 The first weeks of September marked the end of the archaeological excavation campaign at the site of Vetricella (Scarlino, GR) 2019, which saw the involvement of the ERC nEU-Med project Team along with trainee archaeology students. The excavation operations focused on the opening of two evaluation trences  in the South-East portion of the site (sectors III-IV) (Fig.1), in order to try to define in more detail the dynamics that affected the construction and the subsequent abandonment/filling of the inner defensive… Continue reading 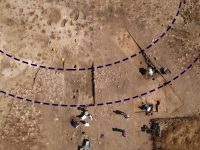 During the first weeks of activity on field at the site of Vetricella (Scarlino,GR), two new exploratory trenches were opened to investigate the deposits related to the phases of construction, life and decommissioning of the inner defensive ditch (Fig.1).   This background was considered as extremely interesting since, the previous excavations, for understanding the dynamics of life that had to take place both in the inner area, nearby the tower, and in the section directly outside the ditch itself. To… Continue reading 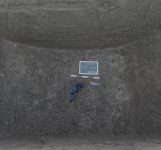 Following the previous exploratory investigations on the nature of the ditches at Vetricella we can now present, thanks to the new C14 data, a first chronological setting for the formation and life of the site’s defensive system. C14 analyses were conducted on two samples of organic matter (charcoal and wood) sampled from the intermediate ditch in the north (Fig.1) and western trenches; both samples were collected in correspondence with an accumulation of silty material (indicating the presence of water).  … Continue reading 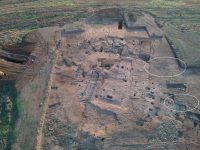 A new archaeological campaign is scheduled to begin also this year at the site of Vetricella (Scarlino, GR), funded by the European ERC nEU-Med project and sponsored by the Municipality of Scarlino (Fig1). The excavation activities will be conducted by the nEU-Med Team in collaboration with some students of the Department of History and Cultural Heritage (University of Siena) and will focus on in-depth interventions of two distinct portions of sector 3. The aim of the investigation is to gather… Continue reading 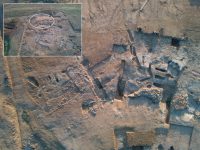 The third archaeological excavation campaign on Vetricella site focused on the researches of a better understanding of the main historical dynamics of the site. In particular, with respect to an in-depth analysis of specific stratigraphic contexts, it dealt with the reconstruction of a stratigraphic sequence anchored, as much as possible, to accurate references of absolute chronology. The research strategies pursued the chronological and functional definition of the first frequentation of the site, investigating on the II-III sectors in the areas… Continue reading 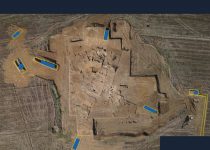 During the 2018 excavation campaign at Vetricella, seven exploratory trenches were opened to investigate the nature of the ditches surrounding the site. Thanks to the preliminary results obtained from the trenches excavated during the 2016, we tried to deepen the role of the intermediate ditch (the most deepest and largest), with the opening of four trenches (Fig.1) excavated at the cardinal points (North, South, East, West).   To increase the knowledge of the backfill of the ditch and to make… Continue reading

In the last weeks of the third archaeological campaign at Vetricella, an UAV aircraft was introduced to support the documentation of the site. The aim of the flights was to acquire several sets of images for the processing of three-dimensional models with 3D photogrammetry and to shoot videos which will be used for the dissemination of the  ERC nEU-Med project. The drone used in this video is “DJI Spark”, a 300gr aircraft which mounts an integrated camera of 12 Mpx… Continue reading 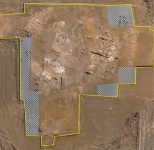 Since September 2018, the third archaeological excavation campaign on Vetricella site has begun. The researches on field,  characterized as usual by a multidisciplinary approach, involve the project team composed by archaeologists, archaeobotanists, geoarchaeologists, anthropologists, numismatists and supported by a large group of archaeology students coming from Universities all over Italy and Europe. The main objectives and strategies followed concern a better definition of the extencion of the cemetery area, the continuation of the stratigraphic survey at the perimeter of the… Continue reading 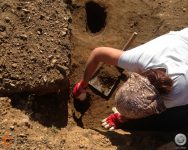 On  September the 4th,2017, the excavation in Vetricella site has officially started. This second excavation campaign, funded by the nEU-Med project fundings, will be run under the supervision of Prof. Giovanna Bianchi, Prof. Richard Hodges and coordinated by Dr. Lorenzo Marasco for a period of two months (September and October) and will involve the project Team together with archaeology students coming from all over Italy. During the first week, the work of archaeologists was focused on cleanings of the inner… Continue reading 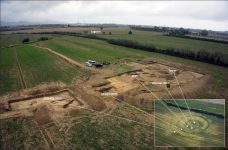 The excavation campaign (September – October 2016) at Vetricella (Scarlino) has resumed the study of the documentation of the archaeological investigation carried out in the past years and is aimed at the expanding the understanding of the site. The removal of arable levels in the central portion of the site has extended the investigation area up to 1,500 square meters (Fig.1) and the medieval stratigraphies, which survived to the agricultural activities of the modern age, were identified. By the end of the first… Continue reading