The nEU-Med WEBinars are a series of on-line lectures held and recorded for the publication of the book The nEU-Med Project: Vetricella, An Early Medieval royal property on Tuscany’s Mediterranean, Giovanna Bianchi and Richard Hodges editors (Firenze, All’Insegna del Giglio, 2020).   Download eBook   The WEBinars present the multi-disciplinary research focussed upon the key site of the project, Vetricella, and its territory. Vetricella is thought to be the site of Valli, a royal property in the Tuscan march. Located… Continue reading 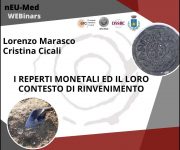 The economic role of Vetricella in Scarlino in the Medieval trade characterising the coastal valleys of southern Tuscany is suggested by the discovery of coins. The central building of the site, the tower, played an important collecting role between the last quarter of the 10th century and the beginning of the 11th century AD. In fact, Kings’ of Italy “denari”, Berengar I, Hugh and Lothar II, and Marquis’ of Tuscany, Hugh the Great, minted in Pavia and Lucca, were found… Continue reading 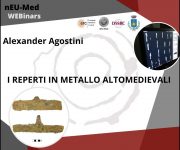 The study of metal artefacts from the site of Vetricella in Scarlino can offer significant insight on aspects of day-to-day life as well as past technological practices. The presence of artefacts related to the riding tackle is significant, mostly horse-shoes and horseshoeing nails, but also prick spurs and harness gear. A variety of tools is associated with manual work or daily subsistence practices, such as leather, bone and woodwork, smithing and textile-working. Alexander Agostini, research grant assignee in the nEU-Med… Continue reading 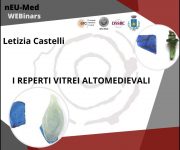 Glass cups, beakers and lamps, also in precious blue glass, were in use on the tableware and in liturgical activities at the Vetricella site in Scarlino. Fine goblets with a cup made from blown glass, with a cast stem and foot, were intended for the royal emissaries frequenting the large tower in the centre of the site between the second half of 10th and the beginning of 11th century AD. Letizia Castelli, Specialisation Diploma in Archaeology (University of Florence), shows… Continue reading 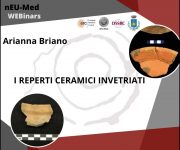 Jugs and jars on the dining table of the royal court in Vetricella. Arianna Briano, PhD student in the nEU-Med project, shows the research on pottery fragments with glazed or slip covers from the archaeological site.  The fragments can be attributed to small and medium-sized jugs or jars, decorated with red slip-paint and slip lines or single fired glazed. They came from different supply areas and were the vessels for the dining table of the middle and upper classes frequenting… Continue reading 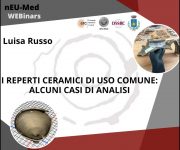 The study of ceramic finds from the site of Vetricella in Scarlino introduces us to the domestic life and dining table of a royal court between the 9th and 10th century AD. Luisa Russo, PhD student in the nEU-Med project, analysed over 2,000 pottery fragments from the tower and the inner ditch, in order to understand production, use and commerce of coarse, fine and “selezionata” wares in south-western Tuscany.       Continue reading 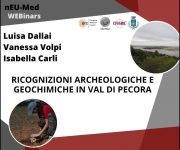 The X ray fluorescence analysis integrated into the archaeological survey methods is a technique based on the study of the fluorescence radiation issued by the sample under exam after being irradiated with an X-ray beam. XRF technique allows to identify major chemical elements (i.e. Silicon (Si), Aluminium (Al), Iron (Fe), Potassium (K) and Calcium (Ca)) as well as a large number of secondary and trace elements. In the ERC nEU-Med project, the physico-chemical analyses applied to soils and sediments have… Continue reading 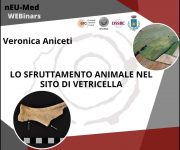 Pig plays a central role in the diet and economy of early Medieval Vetricella in Scarlino. Pig meat, today, is an excellence of Tuscan food production. Veronica Aniceti, Post Doc Research Fellow in the nEU-Med project, shows us the origins of pig farming and exploitation in the territory of Scarlino between 10th and 12th century AD.       Continue reading 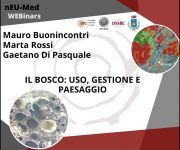 Charcoal, fragile and small, if buried in archaeological sediments is preserved for millennia. Using an incident light microscope, it is possible to study the wood anatomy, “fossilized” in the  charcoal, and to identify the plant of origin. With 3112 charcoal from the site of Vetricella we have traced the foresthistory in southern Tyrrhenian Tuscany, between the Early and Late Middle Ages: the forest type, the productive uses (compound coppice and pasture) and the occurred changes. Mauro Buonincontri, Post Doc Research… Continue reading 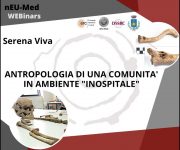 Serena Viva, Post Doc Research Fellow in the nEU-Med project, shows the results from the study of over 50 skeletons from burials in the cemetery of Vetricella. The burials have been analyzed following an archaeological and anthropological approach in an attempt to answer both general issues and specific questions tied-in to a distinctive archeological context, not a settlement or religious complex, but rather an administrative centre, a royal court connected to the Kings of Italy and the Ottonian Dynasty of… Continue reading