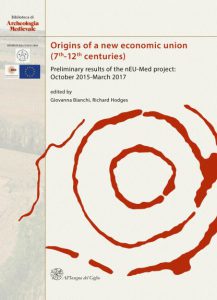 This volume brings together the research presented at the first nEU-Med workshop, held in Siena on 11-12 April, 2017. The aim of the workshop was to draw up an initial survey of research and related work on the project, one and a half years after its inception. The project is composed of several research units. Each unit covers an aspect of the interdisciplinary research underpinning the nEU-Med project, each with their own methodology. For this first volume of results, it was decided not to give an account of all the work carried out within all the units, but to select those lines of investigation which, at the end of the first year and a half, have made it possible to articulate and develop an interdisciplinary research strategy.